Share a memory
Obituary & Services
Tribute Wall
Read more about the life story of Margaret and share your memory.

Born in Mankato, MN, July 13, 1932. Died in St. Paul, MN, January 18, 2023. Her father Wallace Ackerman, a World War I veteran, served as postmaster and was on the school board in Mapleton, MN. Her mother Leona taught in rural schools until her marriage. Margaret Ann attended school in Mapleton, graduating in 1950. She contracted polio at age twelve, but refused to leave her hometown for treatment in the Twin Cities. Her mother cared for her according to the Sister Kenny plan of exercising, rather than immobilizing the affected limb. Margaret Ann was ultimately able to become the baton-twirling majorette at the front of the marching band. In her teenage years, she led the “Sic Em Go Get Em” 4H club and was crowned Blue Earth County Style Queen in 1950 when her meticulously tailored dress won first place at the county fair.

Margaret Ann attended her mother’s alma mater, Mankato State Teachers College, graduating early in 1953 so she could “save Mama and Daddy some money.” She taught business education, first in Winnebago, MN, next at what was then West St. Paul’s Sibley High School. In 1957, she married Jim LaVigne of Minneapolis. The couple had three daughters. They lived briefly in South Bend, IN, before returning to St. Paul and settling in the Macalester neighborhood. In the late 1960s, Margaret Ann went back to teaching, first at Edison High School in Minneapolis, eventually landing at St. Paul’s Humboldt Senior High, a place she loved. She advised several after-school clubs during her two decades at the school.

An active grandmother, Margaret Ann’s grandchildren cherish memories of her swimming pool slide in the summer, her beautifully decorated living room on Christmas Eves, and the candy dish full of peanut M&Ms. She enthusiastically attended football, basketball, and soccer games, swim and ski meets, violin and piano recitals, choir programs, and graduations. Her grandchildren could always count on her to show up, even so far as traveling to Europe in her late 70s to visit a granddaughter.

In later years, she resided at Lilydale Senior Living, where she found new friends and stayed in touch with those from other seasons of her life. A member of St. Peter’s Catholic Church, she volunteered in the parish office.  Margaret Ann was preceded in death by her parents, and is survived by her daughters Joan Ryan (Jim), Mary Jane LaVigne (Allen Christian), Anne Duncan (Steve) as well as her beloved sister, Marian Knox. She leaves behind seven grandchildren, Emily Montgomery (Matt), Jake Ryan, Margaret Rogness (Braden), Ellen LaVigne (fiancé Chris Ference), Will Crary, Ben Duncan, Abby Hawkins (Cameron), and great-grandchildren Adeline and Hudson Montgomery, and Lachlan, Gallagher, and Lorelai Rogness.

A visitation will be held from 4-8pm on Tuesday, January 31st at O’Halloran and Murphy Funeral Home, 575 Snelling Ave. S., St Paul, MN and 1 hour prior to the 11am Mass of Christian Burial on Wednesday, February 1st at Church of St. Peter Historic Chapel, 1405 Hwy 13, Mendota, MN.

Memorials preferred to Our Lady of Peace Hospice or St. Peter’s Catholic Church.

To send flowers to the family, please visit our floral store. 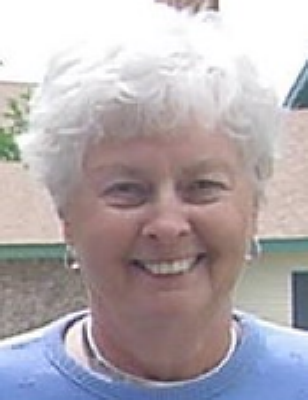