Share a memory
Obituary & Services
Tribute Wall
Read more about the life story of Lawrence and share your memory.

Larry Schaefer passed away peacefully on September 29, 2022, at United Hospital.  He lived 91 years (was in his “92nd year” as he lovingly told his family), and words can’t fully describe his remarkable life and impact on others.

Larry was an educator, historian, humanist, visionary and, in the words of his granddaughter Linnea, “the happiest person in the world.”  He achieved this happiness, and maintained it through his long, yet somehow too short, life because he combined an unmatched curiosity and intellect with a capacity to give and receive love that grew throughout his life and that he properly understood would never stop growing, even after death.

Larry’s professional accomplishments as an educator are far too numerous to catalog, but include founding Lake Country School with his wife of 62 years, Pat Schaefer, which is and will remain a model and influential Montessori learning environment for children ages 2-14, in South Minneapolis.  He was the one of the visionaries and founders of Great River School, a Montessori Elementary, Junior High and High School in Saint Paul.  He earned a PhD and MA in history from Fordham University, as well as BA and MA in education from Fairfield University.  He served in the US Navy as an officer from 1955-1958.

Larry’s calling as a husband, father, grandfather, and family man, however, was perhaps more important to him than being a world-renowned teacher, writer and lecturer.  In 1961, his wife, Pat, challenged Larry to be a “Montessori father” after their first child Anne was born, and he embraced this challenge and was guided by it throughout his life as a family man.  To describe him as succeeding in this role is a vast understatement.

Visitation Thursday, October 20 from 4:00 to 7:00 pm at Roseville Memorial Chapel (2245 N. Hamline Ave, Roseville). Funeral Mass at 10 am on Friday, October 21 at the Basilica of St. Mary (88 N 17th St, Mpls), with additional visitation at 9 am. The family asks that all attending take appropriate COVID precautions, wear a mask, be vaccinated, test as needed, and join via the livestream,  https://mary.online.church if feeling unwell.

In lieu of flowers, donations can be sent to the Lake Country Land School at www.lakecountryschool.org. 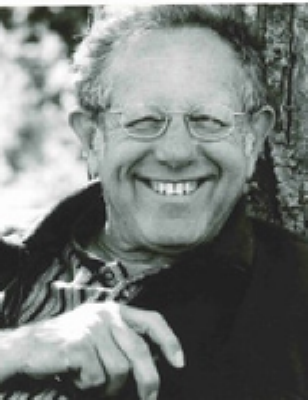