Share a memory
Obituary & Services
Tribute Wall
Read more about the life story of Elmer "Bud" and share your memory.

Passed away in his home in Roseville MN on September 1st, 2022 at the age of 96.  Bud was preceded in death by his wife of 62 years Dorothy and their grandson Billy Stewart.   Survived by his children Carol Stewart (Pat), Diane Johnston (Greg) Steve Helmen, Dave Helmen (Lori) and Sue Rod (Bill) along with nine grandchildren and ten great-grandchildren.

Bud grew up in Milaca MN and loved to return there and visit every chance he had.  After graduating from Milaca High School in 1944, he was drafted into the army and proudly served as a crewmember of an M-18 Tank Destroyer when he joined his unit in Europe as a 19-year-old replacement in February of 1945.  As was the case with so many from the “greatest generation”, he met and married his future bride after returning home after serving in the military.

Bud was a union bricklayer by trade and took pride in pointing out the various homes and buildings he had worked on over the course of his life.  His work ethic, construction skills and giving heart all combined to keep him busy for many years after his retirement through his many hours volunteering with Habitat for Humanity, Bridging and even travel to Slovakia to be involved with church-related building restoration efforts.   Bud also became an active supporter by volunteering his construction skills to the Banyan Community located in the Phillips neighborhood of Minneapolis where it addresses the needs of the underprivileged youth and families in the area.

In addition, Bud was an active member of Roseville Lutheran Church which he had been a member of since 1954.  His involvement there included teaching Sunday school for many years and coordinating the annual erection and display of a Christmas mural that he was proud to be part of.  Bud coached in North Star Little League for many years and served as the league president for several years as well.  While in his 90’s Bud joined a group of people who volunteered their time to tutor children at Central Park grade school in Roseville.  English was a second language for many of these children.

Bud was an avid horseshoe thrower, and in fact was the Minnesota Class H state champion one year.  Those that grew up in the neighborhood all share a common memory of many summer evenings hearing the sound of the shoes clanking off the stakes as he honed his skills.

A visitation is scheduled from 4-8pm on Friday, September 16th at the Roseville Memorial Chapel located at 2245 Hamline Ave. N., Roseville MN  55113.  On Saturday, September 17th visitation will start at 10am and funeral to follow at 11am at Roseville Lutheran Church, 1215 Roselawn Ave. W. Roseville MN  55113.  Burial at Fort Snelling with military honors on Monday, September 19th at 11:30am, meeting in Assembly Area 2. In lieu of flowers, memorials preferred to Roseville Lutheran Church Foundation, Banyan Community in Minneapolis, Habitat for Humanity, or Center for Christian Education in Martin, Slovakia.

To send flowers to the family, please visit our floral store. 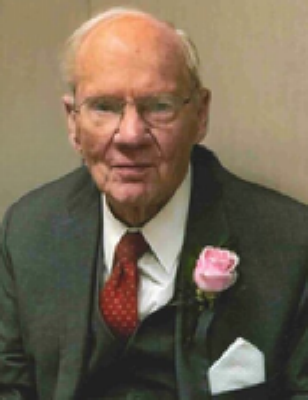